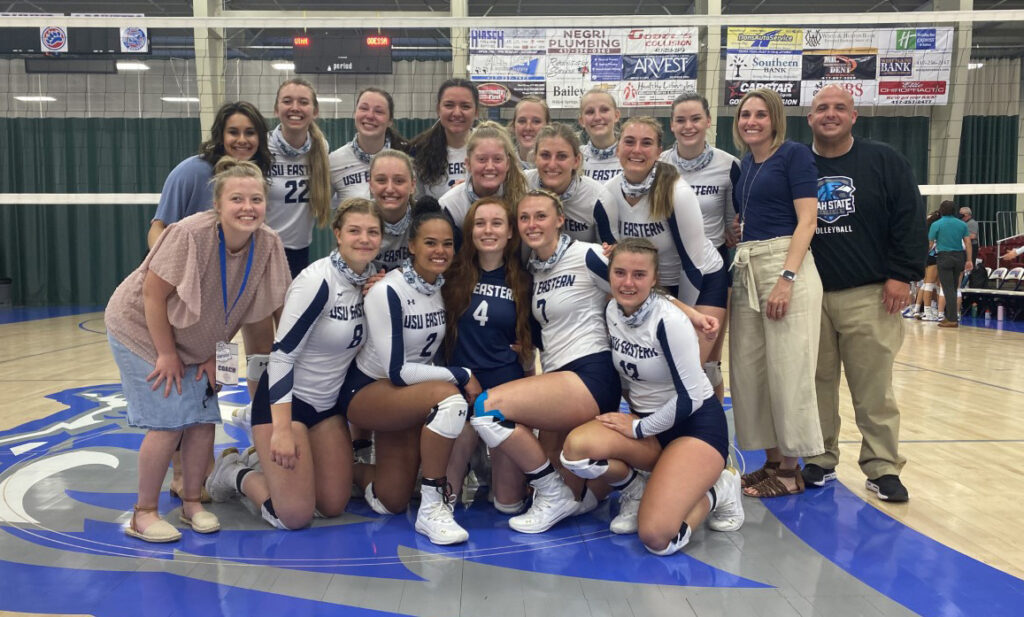 “We are just soaking it all in right now,” said Coach Danielle Jensen after the victory. “We are very happy to end on a win.”

Sunny Perry led the Eagles with 12 kills, with Lindsey Otero right behind her with 10 and a .500 hitting percentage. Camber Dodson added 22 assists and Avery Best chipped in 19 of her own. Emma Ricks, who has anchored the defense all season, led the team with 23 digs.

Jensen said it is hard to believe the season is over, but with the altered schedule she is looking forward to the next one starting in just a few months.

“In August we get to start the process again,” said Jensen. “The difference is that this coming year we know a little more about what we are in for.”

After a trip to the national tournament now, Jensen said her sights are set on even bigger things.

“We fell short of the conference championship and national championship this year,” she said. “These girls know that is within their reach if they work hard and persevere.”

Scott Madsen said the success of the team is already leading the great things.

“The number of recruits who are reaching out and four-year programs reaching out is staggering,” he said. “They have earned this success.”