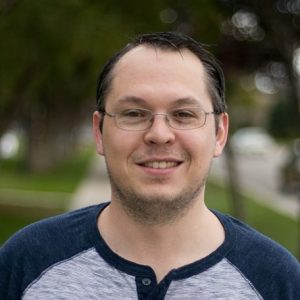 Scott Froehlich
managing editor
On Dec. 22, after failed attempts to reach an agreement on the federal budget, much of the government was forced to close its doors.
From the day he announced candidacy for president in 2015, Donald J. Trump made one thing glaringly clear; he was going to fix the immigration “crisis” along the American/Mexican border by building a wall.
As the 2016 election drew nearer, the concept of building a wall went from harmful rhetoric to a pillar of Trump’s platform. His base came out in droves to hear his xenophobic fairytales, matching the fervor with chants of “build that wall!” Another popular element of the wall was his insistence that Mexico, not American taxpayers, would pay for its construction. Supporters ate this pledge up like candy, ultimately voting Trump into the Oval Office.
Since Inauguration Day 2017, this administration continues to push and stress the need for a barrier, going so far as shutting down the government over funding for it. Even though bipartisan bills passed both the U.S. House and Senate, Trump remains steadfast in his demands. His remark that he could keep the government closed “for months or even years” worries many, especially those who hold jobs at the federal level.
The shutdown, now in its 27th (?) day, affects over 800,000 federal workers and is leaving men and women scrambling to keep their heads above water. Many of the 800,000 employees affected are working without pay or are placed on temporary leave. Although those so-called “essential” workers will get their earnings retroactively, they struggle to make ends meet in the interim.
Not only are employees affected by the shutdown, national museums and parks feel the pinch. Staples in tourism such as the Grand Canyon in Arizona, Statue of Liberty in New York and Arches National Park in Utah are dipping into recreational fees to maintain park grounds. Despite the in-house funding, many parks are being littered with trash and overflowing with human waste.
Perhaps one of the biggest departments that suffers during shutdowns is the Department of Agriculture, which oversees the farming industry and runs the SNAP and WIC programs for the poor or impoverished. For those receiving food stamps or checks for WIC (Women, Infants, Children) are nervously counting the days until February, when benefits cease to be awarded by the federal government. Nearly 50 million Americans receive assistance through these two programs, which feeds one in three children under five.
Let’s not forget that the FDA, the organization which inspects food to avoid contamination, has also lost funding and is halting operations. And you thought the romaine lettuce recall was scary!
For those wondering how the shutdown will affect the president, there are some real repercussions that transcend any monetary gain or losses. Remember that pillar of Trump’s campaign platform revolving around illegal immigration? Well, it is slowly eroding the longer the government’s doors stay shut. The border patrolmen, ICE workers and other immigration enforcement officials are all working without pay and even the courts are hearing cases that determine whether immigrants can remain in the country or not.
Facts and figures aside, the government shutdown is no longer an issue of border security nor is it about the construction of a wall. It has, instead, functioned as a barometer for Trump that gauges the level by which the Republican Party and his base will stand in support of his divisive endeavor. As is the case when any controversial topic is politicized, support for any course of action is split among party lines, with no compromise in sight.
Things continue to be at a standstill between the chambers of Congress and the president due to unwavering stances by both Democrats and Republicans. On one hand, the GOP will not let any bill pass through the Senate that doesn’t include funding for the border wall. On the other hand, Democrats won’t concede any funding for a wall, but have offered up a plan to reopen the government and hold discussions over border security shortly thereafter.
Regardless one’s political leanings or stance on immigration in this country, every American needs to understand Trump is taking the federal government hostage. This is cruel and immoral and ultimately makes him look stubborn and petty. Every day the standoff continues means another federal worker will inch closer to another missed paycheck, or another poor family will scramble to try and feed their children.
Many believe that the outcome of this stalemate will have dire consequences regarding the president’s remainder of his term, potentially jeopardizing his bid for reelection in 2020. It makes one wonder if Trump is truly keeping, what he thinks is the country’s best interest in mind, or whether he’s setting the stage for his next campaign trail.