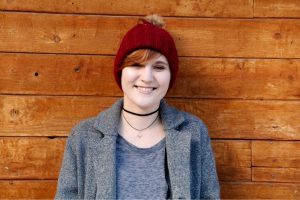 Paige Martinez
staff writer
Intersectionality is a buzzword in diversity and inclusion-focused circles.
For the uninitiated, it is a daunting idea. Intersectionality, in the sim- plest forms, is the idea that everybody holds multiple identities working together to build a person. These identities cannot be disconnected from each other when discussing where someone comes from and how oppressions affects them through these identities. This idea has become popularized by third-wave feminism.
Fancy terms aside, intersectionality is when a person studies the motivations and oppression of people like Ella Baker and Daisy Bates, they consider their position as women, as much as their position as Af- rican-Americans. You may not have heard about these two women, but they were prominent figures in the civil rights movement. Daisy Bates worked to fight segregation. In 1952, she helped in the desegregation of schools in Little Rock, Arkansas, as the head of the Arkansas branch of NAACP.
Ella Baker helped to organize the work of Martin Luther King Jr., and his organization, the Southern Christian Leadership Conference. She ran a voter registration campaign called the Crusade for Citizenship. She left the SCLC to assist student activists because she believed in their contributions to the movements.
Many prominent members of the civil rights movement became forgotten by history due the duality of their oppression. You rarely hear of Josephine Baker who used her fame from Paris to try and fight segregation in the United States. Or Mary McLeod Bethune who sought to improve education opportunities for African-Americans. Elaine Brown had to prove her position of leadership among the male-saturated Black Panther by developing and expanding their services to the community.
The civil rights movement was an equal effort on the part of the male and female leadership. The fact that so many women’s contributions have been lost to the tide of a male focus history is tragic. Please take the time to look up and read the stories of these amazing women.